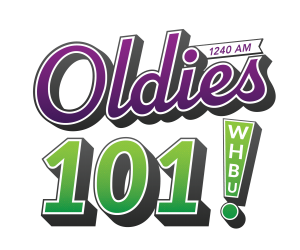 The new station will broadcast at 103.7 on FM and simulcast News Talk 1240 AM WHBU’s signal. It’s focus will be on Anderson and what matters to the people in our community. WHBU is the 2nd oldest radio station (and oldest commercial station) in the state and is the only secular Anderson station with the entire Anderson community at it’s core. Woof Boom recently launched the new WHBU Morning Show with Sean Harshey. Since purchasing WHBU and the other former Backyard Broadcasting stations in May of 2013, Woof Boom Radio has invested over $250,000 into their AM stations.

“The people of Anderson deserve their own station. Our job is to talk about the issues that are important to Anderson. We are making a sizable financial commitment because we see the need and opportunity for great local radio,” states J Chapman, President of Woof Boom Radio

“Adding a new station is unusual and not an easy process,” Chapman added. “Our legal counsel in Washington DC received verification that the FCC has granted the initial approval to transfer the license to Woof Boom Radio. This is a great day for Anderson.”

General Manager Todd Merickel commented, “In the time I have been talking to Anderson residents the last few weeks, I keep hearing how WHBU is vital in serving the Madison County area with local programming and now Woof Boom Radio shows again that we are committed to providing the best product possible for our listeners and advertisers.”

New Morning Show host Sean Harshey commented, “”Being on the FM dial for our listeners in Anderson and Madison County is great because it makes us more accessible and gives everyone another option to hear Anderson’s live & local radio programming on WHBU.”